What does your morning routine look like? Do you wake up and immediately reach for the coffee? Do you start your day with a warm shower? Do you head to the medicine cabinet and take a few painkillers to help with those morning aches?

The unfortunate fact is that many people start their day off with pain. For some, the pain might be due to going a little too hard in the gym the day before. For others, it might be from arthritis or another chronic condition.

Whatever the cause, there’s no denying that taking NSAIDs (or Non-steroidal anti-inflammatory drugs) can help to manage the pain. But did you know that there’s another option out there that can be just as effective, without any of the risks?

Non-steroidal anti-inflammatory drugs (or NSAIDs) are a type of medication that can be used to relieve pain, inflammation, and fever. But how exactly do they work?

There are several types of NSAIDs, including Ibuprofen (Advil), Naproxen (Aleve), and Aspirin. They inhibit certain chemical reactions in the body that cause inflammation and pain, which we’ll discuss in further detail later…

It’s thought that NSAIDs are one of the most common medications taken worldwide, and it’s estimated that around 15% of the American population regularly takes NSAIDs (including those that are available over the counter and prescription strength).

Not only that, but a recent Harvard Medical School article states that approximately 30 billion doses are consumed annually. (1) 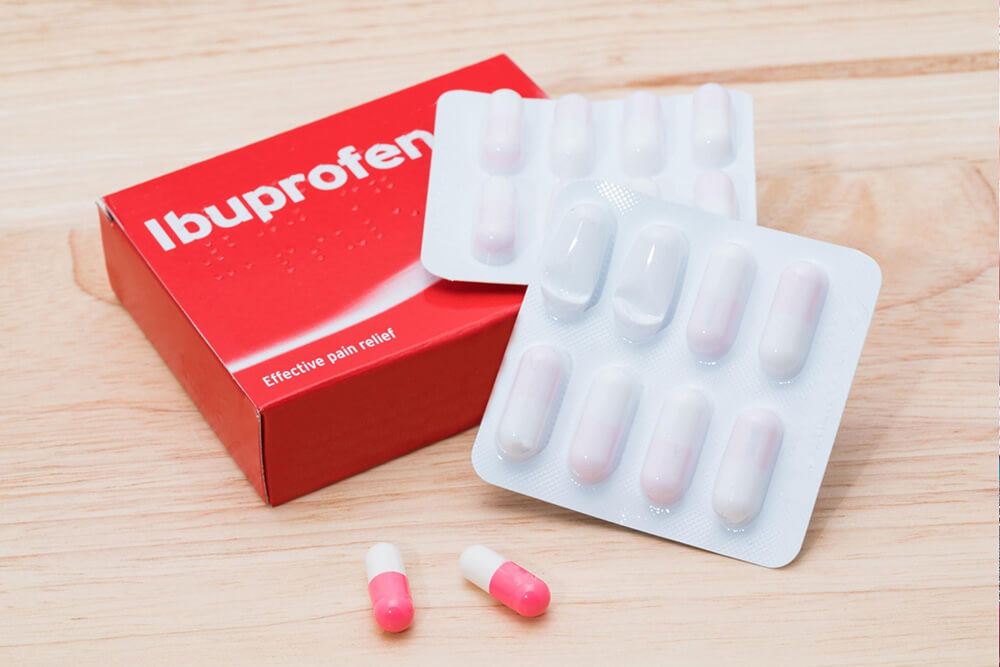 The Dark Side Of NSAIDs

While there is no doubt that NSAIDs can be very effective in managing pain, there are some dark sides to them as well. First of all, they can cause some unpleasant side effects, such as:

Unfortunately though, that’s just the tip of the iceberg when it comes to the potential risks of NSAIDs.

Aside from the ongoing opioid crisis, another major concern with pain medications is the risk of serious, and even fatal, side effects.

In fact, it may shock you to discover that NSAIDs are responsible for more deaths than road traffic accidents and twice as many deaths as from asthma or cervical cancer. (2)

Aside from fatalities, an in-depth report by the British Journal of General Practice looked at the risks associated with taking NSAIDs and found some pretty alarming results including the fact that all NSAIDs increase the risk of bleeding in the gastrointestinal tract, heart attacks, and strokes from the first day of use.

Another study from the European Journal of Rheumatology found that NSAIDs, while able to alleviate inflammation, may damage the articular cartilage of the knee. (3)

The other problem with NSAIDs, as we mentioned, is the fact that they inhibit the chemicals responsible for pain and inflammation. Whilst this sounds like a good thing, these are actually important molecules that help your body to heal.

So, when you take an NSAID, you’re actually prolonging the time it takes for your injured tissues to heal, as these chemicals are no longer able to do their job.

The bottom line is that although NSAIDs can alleviate pain, regular use can result in more harm than good.

Pain Relief Without The Side Effects?

So, what can you do for pain relief if NSAIDs are off the table? Luckily for you, we’ve got you covered!

Red light therapy is an alternative pain relief method that can not only reduce the pain that you’re in, but it can promote real healing and strengthen damaged tissue at the same time!

Unlike NSAIDs, red light therapy is non-invasive, drug-free, and doesn’t come with any side effects.

What it does do, however, is stimulate the mitochondria (the energy powerhouses) in your cells to increase energy production, allowing your body to heal itself.

We know that sounds too good to be true, but red light therapy has been clinically  proven to be effective for treating a wide variety of conditions, including:

If you’re looking for a breakdown of what kind of pain red light therapy can treat, check out our article ‘4 Ways To Find Pain Relief Using Red Light Therapy.’ We also link to all the scientific studies and papers that back up these claims in the article, so feel free to do your own research as well!

Red light therapy works by using natural and harmless red light wavelengths to permeate deep into the skin’s layers, where it’s then absorbed by the mitochondria.

This process then triggers a series of reactions that leads to the production of ATP (adenosine triphosphate) and a boost in collagen production. The ATP then becomes the fuel that your cells need to repair themselves naturally.

So whereas NSAIDs can cause the breakdown of cartilage, red light therapy is able to not only relieve the pain that you’re experiencing, but it can also help the cartilage to heal!

And in case you wanted to know more about the science behind how red light therapy works, we’ve got you covered there too! Check out our article ‘Red Light Therapy For Pain Relief: What You Need To Know‘ for a more in-depth look at the process, and as always, we’ll link to all the scientific studies for you there as well!

So what’s the takeaway from all of this? Well, we’re not telling you to ditch your pain medication entirely (it’s better to consult with your medical practitioner on this), but we are saying that red light therapy is a safe and effective way to find pain relief, and it comes with little to no side effects!

And whilst red light therapy has been shown to be effective for treating pain, it can be extremely costly if you’re having to go in for multiple treatments at a physical therapist’s office every week.

That is, until now…

Here at Kineon (formerly Reviiv Light), we have spent the last few years bringing the healing power of red light therapy to the comfort of your own home, in an affordable way.

We have carefully engineered our red light therapy devices to ensure that they can deliver exactly the right dose of pain-relieving, healing light wavelengths that you need, without the 5-figure price tag.

We use a combination of red (650 nm) and near-infrared (808nm) light wavelengths, which have been scientifically proven to be the most effective for pain relief, and the Move+ device can be used on any part of the body, for as little as 5 minutes per day!

And the best part? We are so confident that the Move+ will get you out of pain, that we offer a 30-day money-back guarantee, so you can try it risk-free!

Simply put – if you use the device consistently and don’t see results, then we’ll give you your money back.

So what are you waiting for?

If you’re struggling with pain, and are looking for a natural way to find relief, then head over to our website and check out our Move+ device today! More from the blog

Knee Cartilage Repair Without Surgery: Is It Possible?

Knee cartilage damage, also known as chondral injury, can be a debilitating condition that affects the smooth, slippery surface at

If you’re living with knee pain, you know how much it can affect your quality of life. From mild aches

Bringing the latest advancements in red light therapy for home use. Our mission is to get you back on your feet and moving, pain-free.

Sign up to our newsletter and receive the best information on how to regain control of your health.